This term in English we are focusing on a new book called 'Journey to Jo'Burg' which was written by Beverley Naidoo. The story is written around a time in the 1980s when apartheid was still in force in South Africa. The apartheid system was a system that separated black people and white people and gave white people advantages and privileges. Black people had to carry around a passbook which told them where they could go and where they could live.

First, we made predictions using modal verbs about what might happen in the story based on the front cover and the blurb. Then we discussed the techniques the author used to set the scene, and we have just answered some comprehension questions about the story by making references to the text.

In the beginning of the story, the two main characters, Naledi and Tiro, decide to attempt to walk over 300 kilometres to Johannesburg to look for their mother (Mma) because their little sister, Dineo, is sick. They live in a village in South Africa, and we think they must be very poor because they have to walk to a well to collect water, and they cannot afford to travel to a hospital to visit a doctor. Naledi and Tiro are scared that Dineo will die, and they will see her lowered into a grave, so they know they have to do something about it. So far we have only read three chapters and cannot wait to find out what happens next in the story! Will they find their mother, will Dineo get better, and will they get in trouble for travelling to Johannesburg?

Written by Avery and Eden (5G) 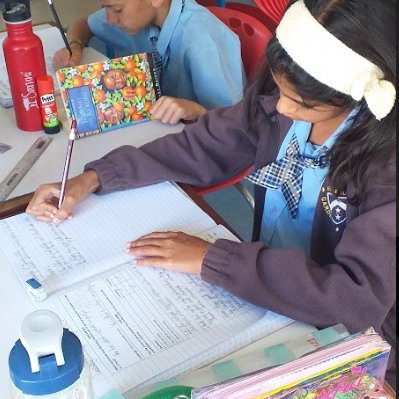 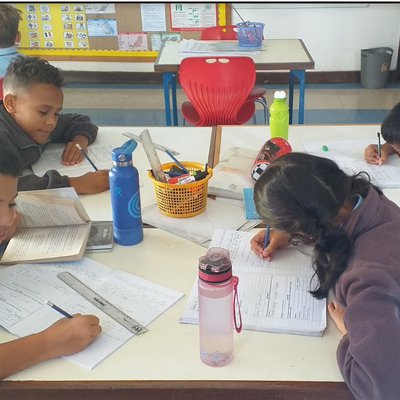 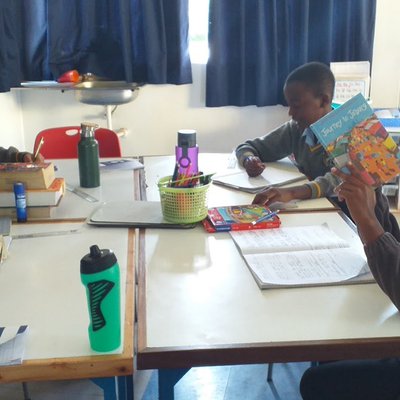