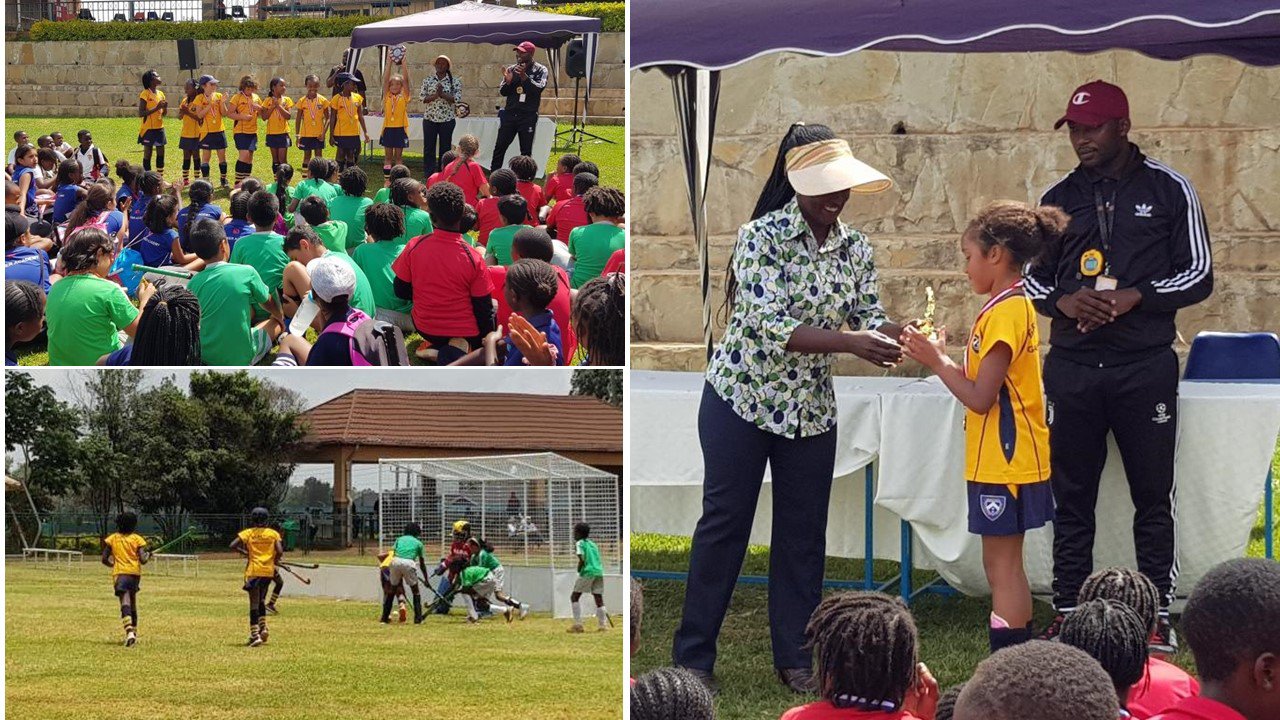 On Thursday 28th February, the U9 girls took part in the KAISSO hockey tournament hosted by St Christopher’s. For their group matches, BGE played five other schools, winning four of the matches and drawing one 0-0. Throughout the group stages BGE scored 11 goals and did not concede any!

As the girls ended top of their group, they moved on to the semi finals. Unfortunately, they went 1-0 down but the girls continued working hard and as they heard the ‘10, 9, 8, 7…’ countdown Julie got the ball and with 5 seconds to go… scored! Therefore, they went on to a penalty shoot out. Ola the goalkeeper did an amazing job and Mary, Jari and Ruva all scored, resulting in BGE going on to the final.

In the final, the girls proved they deserved to win with a 2-0 victory; a real team effort from all the girls putting into practise their hard work this term.

Special mention goes to Jari, who was the team captain and was voted by the umpires in every match played as Most Valuable Player, MVP. Jari scored 10 out of the 13 goals on the day and was a role model to her team; she truly deserved to take home the accolade!

The boys also played in the tournament and came second so a great day all round!