Victory for U15 Boys Basketball & U14 Girls Hockey!

Victory for U15 Boys Basketball and U14 Girls Hockey!

The title chase began at the U15 basketball tournament with an important 15-2 win against Starehe Boys and BGE continued on their winning ways with second victory over Peponi, narrowly edging them out, 7-2 i the shortened matches. The tempo and precision extended into the third game against Braeside to finish with a scoreline of 14-6, putting BGE at the top of our pool.

Next up was the daunting task of facing one of the american schools; ISK, who were dispatched 12-8 to progress to the finals against Hillcrest. with only one hand on the trophy strategy was key. tactics and discipline isolated the play to one quarter. The strategy to cut-off their key player from the ball worked immaculately, leading to our victory in the finals by a close scoreline of 13-10. 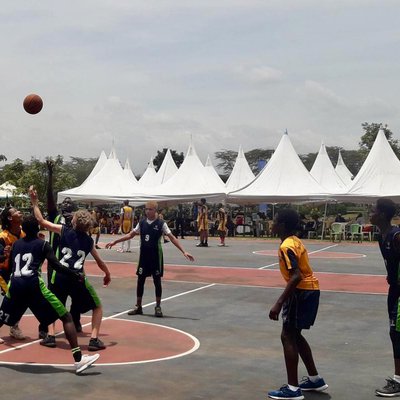 Meanwhile the U14 girls were playing at the same venue and expectations were high in a tournament with some quality teams attending.

After a wobbly start, losing to the hosts Peponi, the second game saw a renewed focus and the narrow scoreline belied a dominant display. Oshwal were faced next and offered a more resilient defence that denied BGE scoring and the score sheet remained clean at full time. A shoot-out determine the outcome with jippelise scoring the deciding goal.

A further shoot out BGE were placed 2nd in the group and faced fierce rivals Braeburn Gitanga rd. in the semi final, and another shoot-out to secure victory and progress to the final match.

Premier Academy and BGE faced off in what proved to be another 'war of attrition' and the match went to a final shoot-out to determine the winners. Nicole and eventual MVP Armani scored the decisive goals, although Gala, in goal, certainly deserves merit for performing spectacularly in the shootouts 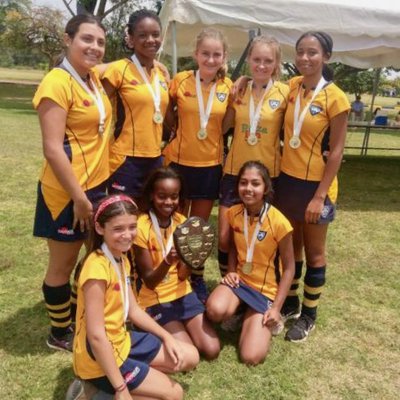